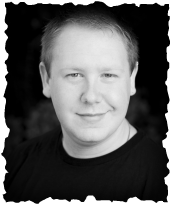 Matt Uppman has been the Director of Belton’s Guard Program since Fall of 2012. He has a Bachelors of Arts in Education with emphasis in Elementary and Special Education from Graceland University. He is currently a LINC Site Director and Youth Methods Trainer for the Local Investment Commission. In Addition, he also working on a Masters Degree in Collaborative Teaching and Learning.

Mr. Uppman has been in the guard world since his freshman year of high school. In 2007, he was a Gold Medalist in the Mid-Continent Color Guard Association's Scholastic C Division. From 2009 to 2011, he performed with Synchronicity Winter Guard and has three Mid-Continent Independent A Medals. In 2009, Synchronicity went to Semi-finals in the Winter Guard International World Championships with their show "Complex Simplicity". In 2012, Matt preformed with Panache Winter Guard. During this season the team not only was promoted from Regional Class to Independent Class, they were awarded Silver Medals at Circuit Championships. In the 2014 season, Mr. Uppman ended his marching career and aged-out with Synchronicity performing in their fan-favored show "Stand Up".  Along with coaching BHS, Matt is also the Assistant Director for Synchronicity Independent A Winter Guard and has judged for the Novice Class throughout the circuit.
Mr. Uppman would like to thank the many coaches/teachers for their support over the past several years.
Thanks!
Amanda Miller
Chris Sullivan
Sarah Braun
Erin Howard
Kristy Humbard
Connie Mogg
Rebecca Westmoreland
Liz Kenue
Jesse Skarr
Anna Tantaro
Jennifer Neimann
Sara Corrigan
Brenda Snorgrass